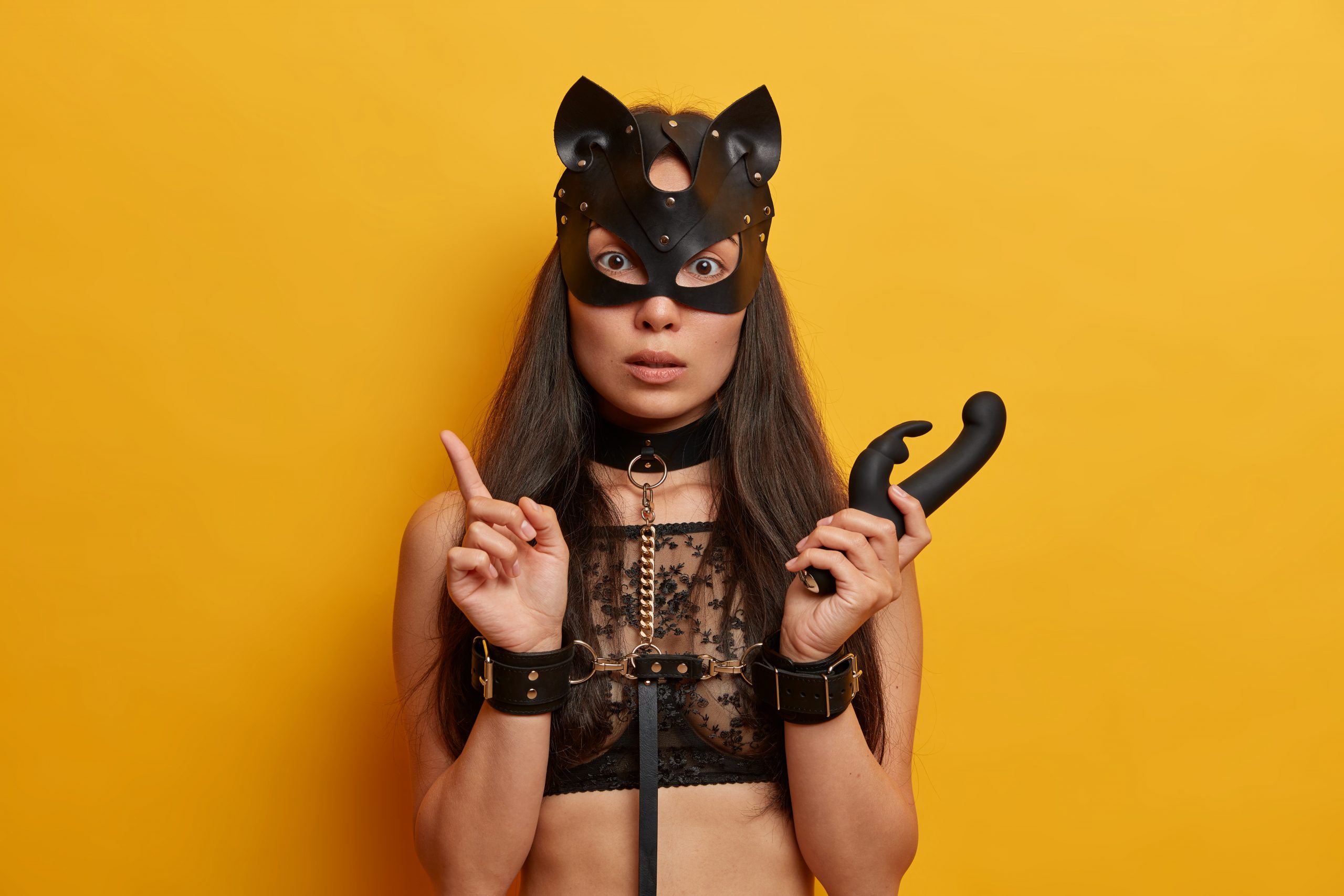 If you spend enough time talking to a member of almost any positive kink community, they’ll likely tell you they’ve seen some stuff. The world of sexual fetishes and kinky sex is as diverse as the group of people who (secretly, or maybe not so much) enjoy it. But while it has gained a lot of traction in recent years, the subject of kinks & fetishes is still very taboo for a lot of people. So taboo, in fact, that some people may (intentionally or not) say something extremely hurtful to someone they care about based on what that person does privately in the bedroom. Not cool!  Read on for a brief intro to kink for the uninitiated, and how we can avoid shaming others for their very natural human desires.

I’m as vanilla as ice cream…what even is kink??

People in the kink community often refer to their non-kinky peers as “vanilla”. There’s absolutely nothing wrong with being vanilla; it’s very common! Even the kinkiest of kinky folks usually also have plenty of vanilla sex. There’s nothing weird or embarrassing about preferring straight-up sex, neat. Many of those considered vanilla, however, would admit that they at least have some unexplored interests that would veer into the kinky.

Simply put, a kink is anything that “bends” away from the straight and narrow; the straight and narrow being anything most people usually associate with common intimate exchanges & self pleasure. Making romantic pillow talk with your lover? Typical. Enjoying being talked down to and told what to do in bed? Kinky. Loving being rubbed and caressed by your partner? Typical. Liking your partner to spank you to get you in the mood for sex? Kinky.

While kink is still considered taboo and outside the norm, it’s probably WAY more common than you might think. Some studies have found that over 22% of sexually active adults have tried kinky role play, 20% have engaged in tying up/and or spanking in the bedroom, and 1 in 5 make some sort of kinky sex part of their regular routine. More than half of people in one survey admitted that they were interested in kink, even if they did not have a chance to practice or honor it regularly with their sex life.

So, what are some common kinks or fetishes?

Many of the most common kinks, which you may already be familiar with, are less about the individual and more about the relationship, activity, or power dynamic that occurs between the “players” during a scene. Some of these common archetypes and dynamics are Master/Mistress & Slave, Rope Bunny & Rigger, Degrader & Degradee, Owner and Pet, Mommy/Daddy Dom & Little Boy/Girl, or Brat Tamers & Brats. While it’s not perfect in identifying all varieties of kinky play, if you’re curious what kinky tendencies you may enjoy, try taking this BDSM test to see where you fall in all these spectrums. Though, some of you may already know! 😉

Kinks and fetishes (considering something not usually associated with sensuality as a sexual turn-on) are often expressed through fantasy or role play; “acting” if you will, frequently right down to involving costumes and props to enhance the illusion. That’s why sessions of kinky play are often referred to as scenes. If you have a thing for latex or leather, spanking or being spanked, dressing or acting as the opposite sex or a different age than you are, playing as a dog or cat, tying your lover up or being tied up, voyeurism, or really any other “deviant” activity outside of just plain old having sex or masturbating, congrats! You’ve found your kink!

Can you please explain this all this alphabet soup I’ve seen while learning about kink?

The world of kink does use a lot of acronyms and abbreviations for various activity types and/or personality archetypes. Here are some of the most common ones you may see:

RACK stands for Risk-Aware Consensual Kink. This is sort of the next step above SSC, usually used by those who engage in various forms of edgeplay or more dangerous kinky activities. It means that all parties involved are AWARE there is a risk of harm befalling them even if they do everything correctly, but they understand and accept those risks and choose to participate anyway.

Notice the recurring theme of consent in these statements? It’s because any kinky activities without consent are just abuse, and abuse is worthy of being shamed for.

While not a very functional acronym, it stands for “Your kink is not my kink, but your kink is OK.” It’s a common maxim of the kink community that’s important to keep in mind to avoid kink shaming someone. Everyone has their own kinks, and their kinks are fine whether they happen to be shared by you or not.

OK…that all sounds alright…so, what is kink shaming??

You know that sick feeling you get in the pit of your stomach when something embarrassing happens, or when someone calls you out publicly for something and makes you feel terrible? Shame & embarrassment are some of the deepest and most physiologically damaging human emotions that exist. Mocking, shaming, or criticizing someone because of their specific sexual predilections – even if you don’t agree with them or aren’t into them yourself – is unacceptable.

Generally speaking, the more unusual a kink or fetish is, the more likely it is to be kink shamed. Darker or more dangerous “edgeplay” activities like confinement, watersports (play involving urine), or breath play are more likely to trigger an “oh, no!” response in many individuals. It’s important to remember that you’re not the one that enjoys that, and it’s okay for something to be a hard limit for you, personally. That doesn’t mean you get to shame the person that does enjoy that.

If you find yourself on the receiving end of a shaming statement, there’s no need to overreact. Simply tell the person that what they said makes you uncomfortable or bad, and that they should think about their words. Then just walk away, or tell them you won’t be playing with them. Either way, they should get the message that kink-shaming is a no-no in that setting and will hopefully think before the next time they speak.

Are there any situations where kink shaming is acceptable?

Just like any hot-button political issue, there will always be kinks you just flat-out don’t like or agree with. BUT, just like as it SHOULD be with those political issues, you don’t get to impose your own beliefs and feelings on anyone else. A lot of people wind up kink shaming because they may be ignorant of what a certain kink really means. For example, an interest in age play does not imply actual pedophilia. While some kinks may at least be considered problematic by the population at large, it’s not your place to shame someone for their predilections. Most likely, the person with that kink already feels some level of shame or embarrassment about it, and like they need to keep it hidden. If you’re participating in a safe space for people to express their kinks, they should be able to open up about it without fear of retribution.

Bottom line: when any activity is taking place between consenting adults, unless someone is in serious clear and present danger (i.e. they’re literally on fire), they’re doing something illegal to fulfil a “kink” (i.e. soliciting a minor – kink is in quotation marks there because that crosses the line from an age play kink to actual pedophilia) or they’re in an abusive situation and have asked you to get them help, stay out of it and don’t impose your belief system on someone else.

What should I do if I find out someone has a kink I don’t like or I disagree with?

The simple answer here is “absolutely nothing”. If a person is brave enough to open up to you about their kinks, that means they trust you. It’s important not to damage that trust by saying something negative or harmful. When you enter the world of kink, you’re bound to encounter some things you just don’t like. If someone you know tells you about a fetish or kink of theirs and it gives you the squicks, there are a few things you can do to handle it discreetly, politely, and without kink-shaming:

Of course, these approaches have to change a little when it is someone you are involved with sexually who’s telling you about their kinks. If your intimate partner tells you about a kink of theirs, it’s usually because they want to explore that aspect of their sexuality with you, and you need to decide if you’re ok with that or if it’s a hard limit for you. Experimenting with kinky sex is actually a very common method for reigniting a stalled sex life. If you’re unable to participate in that kink with them, ideally you can come to a compromise where everyone gets their jollies without going too far out of their comfort zone.

If someone close to you, whether a romantic partner, a close friend, or even a sibling or your adult child, “comes out” to you as kinky, they trust you to (hopefully) be respectful and accepting of them; it’s just one tiny part of who they are. If you need more guidance as you learn to embrace your loved one’s kinky side, check out the book When Someone You Love is Kinky by Dossie Easton & Catherine A. Liszt. It’s a great read for anyone interested in human sexuality in general, and in growing towards an accepting, sex-positive outlook on ALL varieties of kink.

PrevPreviousAsking for (and Offering) the Sex you Both Crave
NextWife Appreciation Day (Should be more than just One Day!)Next 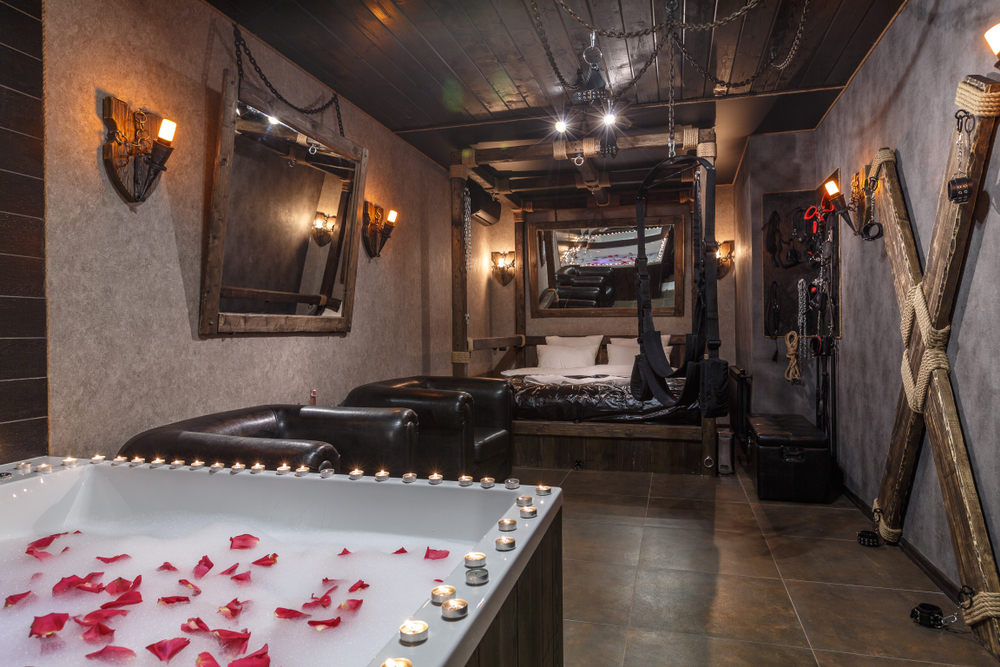 So, You’re Ready to Build Your Sex Room? 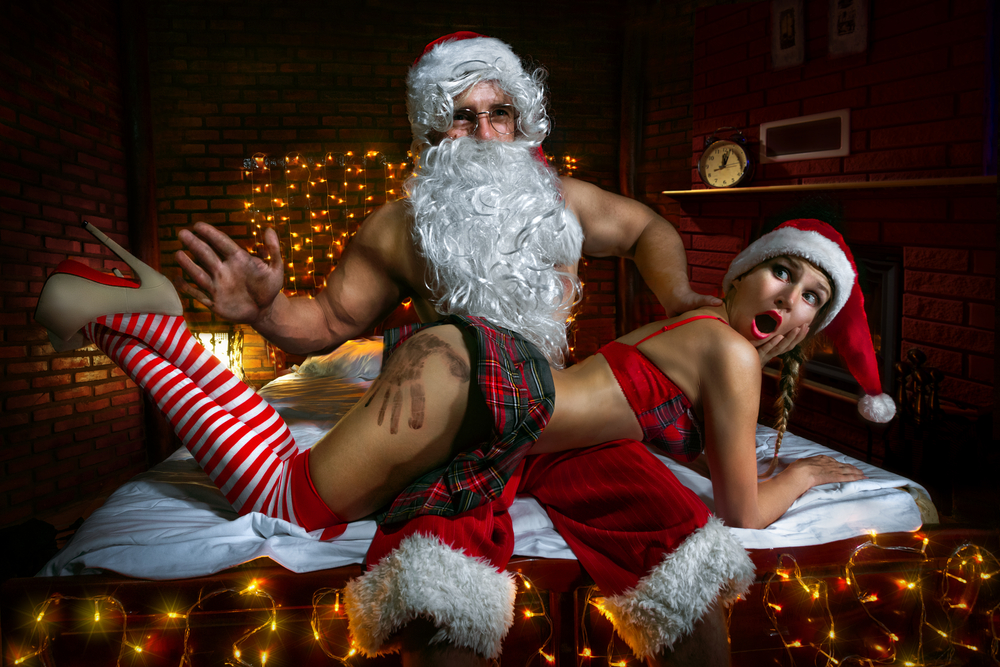 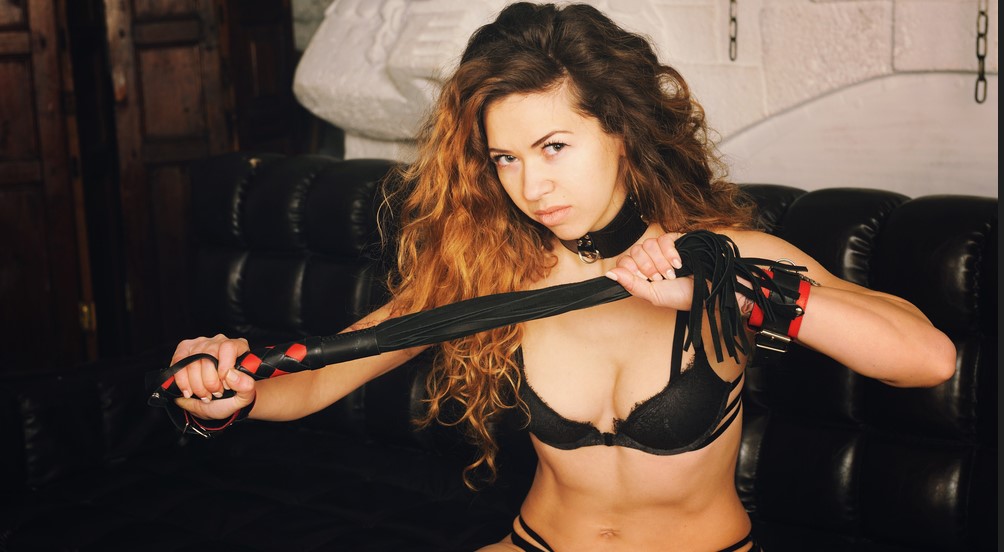