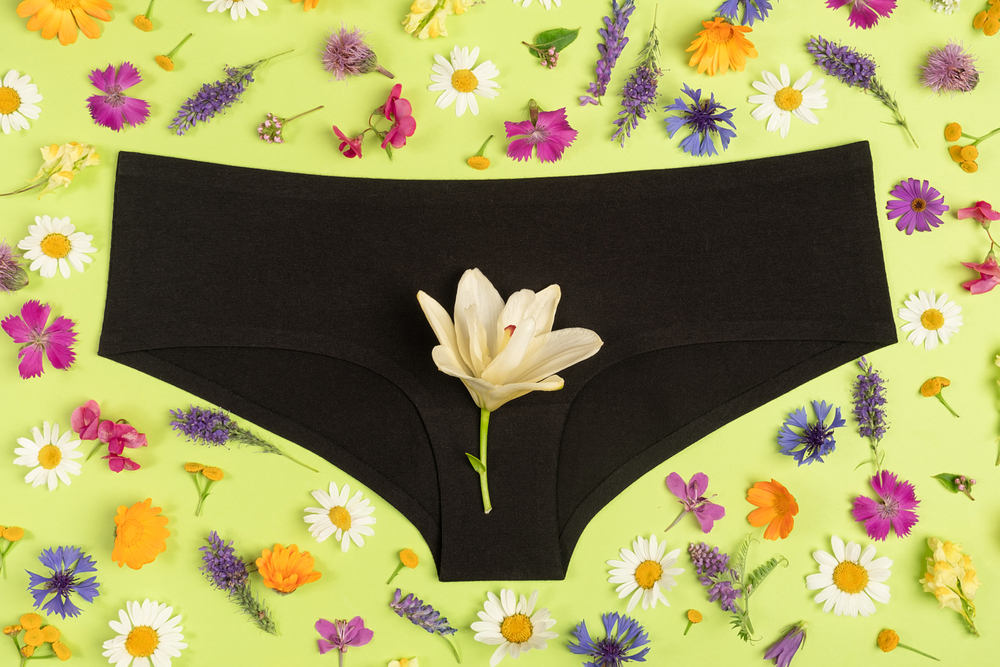 A healthy vagina can smell like a lot of different things. No matter how fresh & clean we are, though, flowers isn’t one of them.

One of the (sadly many) areas our health classes growing up mostly left us in the dark about is genital health. We may have learned about our periods, safer sex, pregnancy, and going to the gyno, but when it comes to what our below the belt bits should just BE like on a daily basis and how to know if they’re healthy, not so much.

This unfortunate lack of information has left many women to search for genital health information on their own, especially when it comes to matters of the vagina or concerns about vaginal odors. Let’s be honest; most of us are self-conscious AF about what we smell like down there! This lack of knowledge has also created some pretty strong toxic masculinity in the form of attitudes like “she’s smelly down there so I never go down on her” or “she smells a little off so she must be dirty or diseased”. Sometimes even with the best hygiene and absolutely nothing wrong health-wise, things can get a little…well…funky down there from time to time. If you’ve ever been concerned about your vaginal odor being different than usual, it’s probably not a big deal, but it’s best to educate yourself just in case.

A healthy vagina has no singular smell. It also very rarely smells like “nothing”. It’s usually minimally a somewhat “moist” or earthy smell. Every woman’s “usual” smell is different, and also undergoes subtle changes almost constantly. It may change throughout the month based on her menstrual cycle, if she’s having penile-vaginal sex, and a vast number of other factors. It all comes down to your particular balance of good & bad bacteria, hormones, pH levels, sweat, and stress levels. Beyond your basic good hygiene practices, you really have no control over what your vagina smells like on any given day or even from hour to hour – yes, it may change that quickly sometimes! And no matter how much you may want your cooch to smell like a fresh spring breeze, don’t even consider douching or using scented tampons or other feminine products! That can make things so much worse! The good news is, most of the time your changing vaginal odors are totally normal and nothing to be ashamed of or worried about. Here are seven scents you might notice in your knickers sometimes and what causes them…and only a couple of them are cause for concern.

1. A chemical scent similar to bleach

If you’ve ever noticed your vag smelling like a freshly cleaned public bathroom, you’re not going crazy…it’s pretty common. A chemically bleach- or ammonia- smelling vagina is usually caused by excess urine in the area. Urine contains an ammonia byproduct called urea which can build up in your underwear and on your vulva, and especially when mixed with sweat, can put off a chemical odor. This odor is not usually cause for concern, but keep in mind that if your urine smells strongly of ammonia, it may mean you’re dehydrated. Drink plenty of water every day and practice good basic hygiene down there, and this smell shouldn’t indicate a problem. If this odor is persistent for a long time, however, you may want to see a doctor due to the possibility of a very common, easily treatable infection called bacterial vaginosis (BV).

A coppery or metallic odor isn’t usually cause for alarm either; in fact, it’s fairly common. You may find it to be most prevalent before, during, and after your periods…because this particular vaginal scent is caused by blood. Blood contains iron which produces the metal-like or coppery odor. You may also notice this smell after a night or two of rough sex, as the friction from p-in-v penetration can irritate the vaginal canal enough to cause small tears which may bleed (hint: if this is a common problem for you, use lube!). If you have a fair amount of vaginal bleeding unrelated to your periods, or if this metallic odor persists for a while and is accompanied by itching or unusual discharge, it’s best to see a doctor.

It is very common for your vagina to have a tangy or sour smell, or ever-so-slightly like fermented foods such as yogurt, sourdough bread, or some sour beers. This smell is caused by an abundance of good bacteria known as lactobacilli in your vagina…and yes, that’s the same bacteria used to ferment some of those tangy foods. The lactobacilli help keep your vagina acidic – a healthy one has a pH between 3.8 and 4.5 – and that acid gives off the slightly sour smell. An acidic vaginal pH level is healthy and important, though, because it prevents an overgrowth of the bad bacteria that you don’t want hanging out down there. If you notice things smelling a little too fermented, like strong warm sourdough bread or the mash tank at a distillery, and it’s accompanied by thick or cottage cheese-like discharge or itching & burning, it’s best to see your doc…those may be signs of a yeast infection.

Having a slightly sweet-smelling vagina from time to time is also perfectly normal and usually nothing to worry about. Don’t expect it to smell as sweet as freshly baked cupcakes or anything like that; it’s more of a rich, earthy sweetness like rich molasses or maple sap. A sweet-smelling tinge to your vagina is simply due to the bacterial complement down there at any given moment and how it affects your pH balance, which changes constantly.

If you’ve ever noticed a skunk-like aroma, or it has smelled like Cheech & Chong drove through your undies (even if you don’t partake in the green stuff), you’re not alone. If you notice this scent frequently, take a deep breath…nothing is wrong with you, you’re just stressed! There are two different types of sweat glands – apocrine and eccrine – and your groin area is home to lots of them! Eccrine sweat glands are all over your body and produce the typical clear, watery sweat that helps cool your body down. Apocrine sweat glands are clustered mostly in your armpits and groin area, and they respond to your emotions and mainly activate during times of stress or during sex. Apocrine sweat glands produce a milky fluid that is odorless on its own, but when it mixes with all the skin cells, moisture, and bacteria on your vulva, it can produce a pretty pungent aroma. This smell may catch you off guard, but it’s usually nothing to worry about. You may want to consider taking up meditation, though!

If you notice a strong rotten odor – anything similar to a decaying organism or a container of long-forgotten leftovers that makes you scrunch up your face in disgust – that is definitely NOT the norm. This particular odor may not be produced by your vagina itself, but rather something in your vagina. That’s right, the most common cause for a putrid dead-thing stench down there is a forgotten tampon. And yes, forgetting tampons inside you for many hours, or even days or weeks is WAY more common than you might think. Dr. Mary Jane Minkin, who has over 30 years of experience in women’s health, told Healthline, “I can’t tell you how many tampons I’ve taken out of patients. This happens to lots and lots of people. It isn’t something you need to be embarrassed about.” Minkin also suggests that as long as the offending (and offensive-smelling) tampon has been in place for less than 2 days, you should be perfectly safe removing it on your own. If it has been there for longer than two days, or if you’re unsure about how long it has been there, it’s best to see a doctor. Tampons can disintegrate as you remove them, which may leave pieces of an older one behind. Your doc can be sure to remove any remaining bits, and also see if you need any follow-up treatment like antibiotics if any infection is present.

7. Fishy…and not the fresh kind

You’ve probably heard many tales of vaginal odor smelling fishy, or maybe experienced it yourself…and you’re definitely not alone. Fresh fish shouldn’t smell like much at all (sushi lovers know this), but if your lady flower begins to smell more like a can of tuna left on the counter overnight, it’s time for a trip to the doctor. Trimethylamine is the chemical compound responsible for both the distinct aroma of rotting fish and some abnormal vaginal odors. You may notice that the rotting fish smell becomes stronger right after sex or a shower, and it may be accompanied by abnormal vaginal discharge. The most common cause of a fishy smell is Bacterial Vaginosis (BV) which is a very common bacterial infection of the vagina. It occurs simply when the bad bacteria outnumber the good bacteria and throw off your pH balance, causing distinct odors, itching, discharge, or pain during sex. If you’re experiencing these symptoms, make an appointment with your healthcare provider ASAP – you can’t treat BV on your own, but a prescription for an antibiotic should do the trick in treating it quickly and easily.

Another much less common cause for a fishy vaginal smell is Trichomoniasis, or “Trich” for short. Trich is an infection caused by single-celled parasites called Trichomonas vaginalis. They are spread by sexual encounters, making Trich an STI, and it affects about 3.7 million Americans at any given time. It is estimated that only 30% of Trich infections actually cause any symptoms at all, and those symptoms are more common in women than men, and occur more often in older adults than younger adults. If you suspect your vaginal odor, itching, discharge, or pain may be caused by Trich, this also requires a doctor visit so they can diagnose you and provide treatment to eliminate the parasites. It’s important to take all of your medications exactly as prescribed in order to completely kill the infection.

While most vaginal odors are common and perfectly normal, a trip to your doctor may help answer lots of questions or alleviate any concerns you may have. While many aspects of your vaginal odor are beyond your immediate control, there are steps you can take to prevent things from becoming a problem. Following these healthy hygiene habits can go a long way in keeping your coochy healthy and smelling fresh:

Remember, your vagina will usually smell like something, that something is never flowers, and most of those odors are normal, natural, and nothing to be ashamed of. Keep it clean and healthy and embrace the many changing scents that make you ‘you’! It’s all just part of having a vagina! 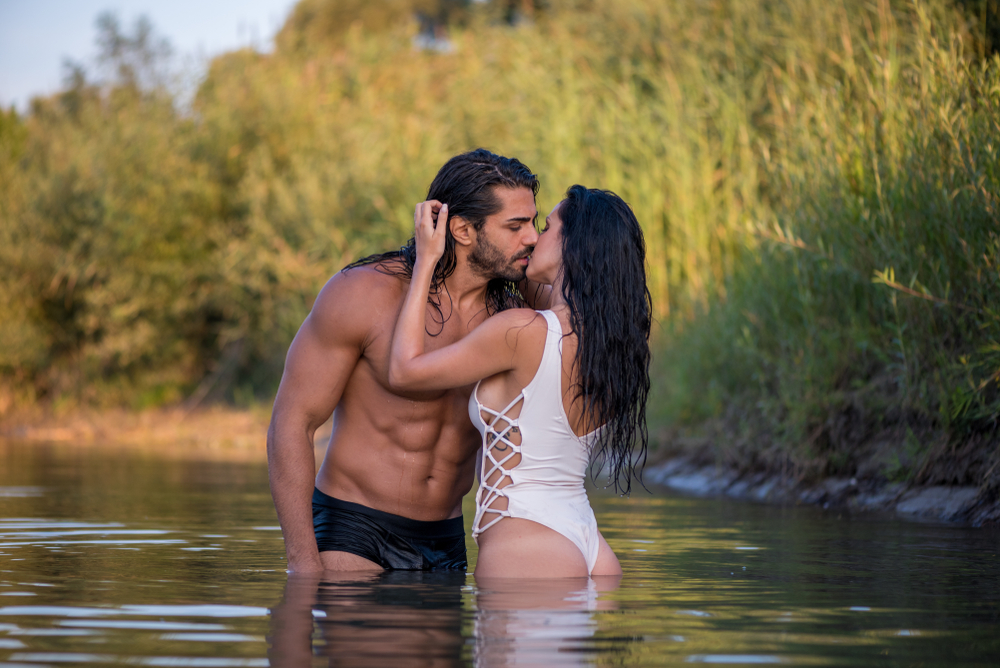 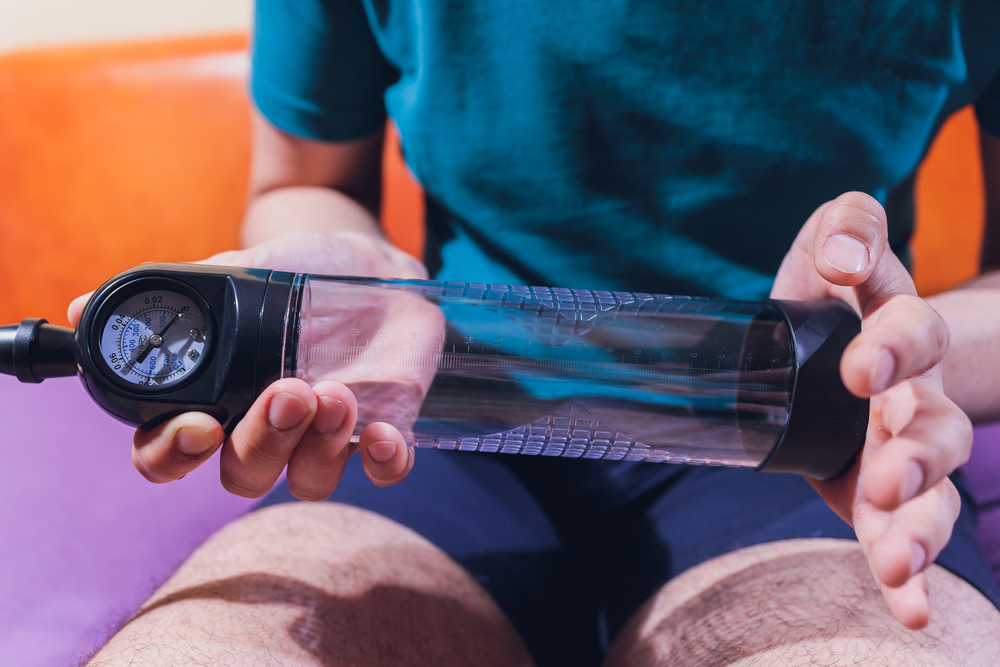 Ask the Intimacy Advisor: Pump it Up 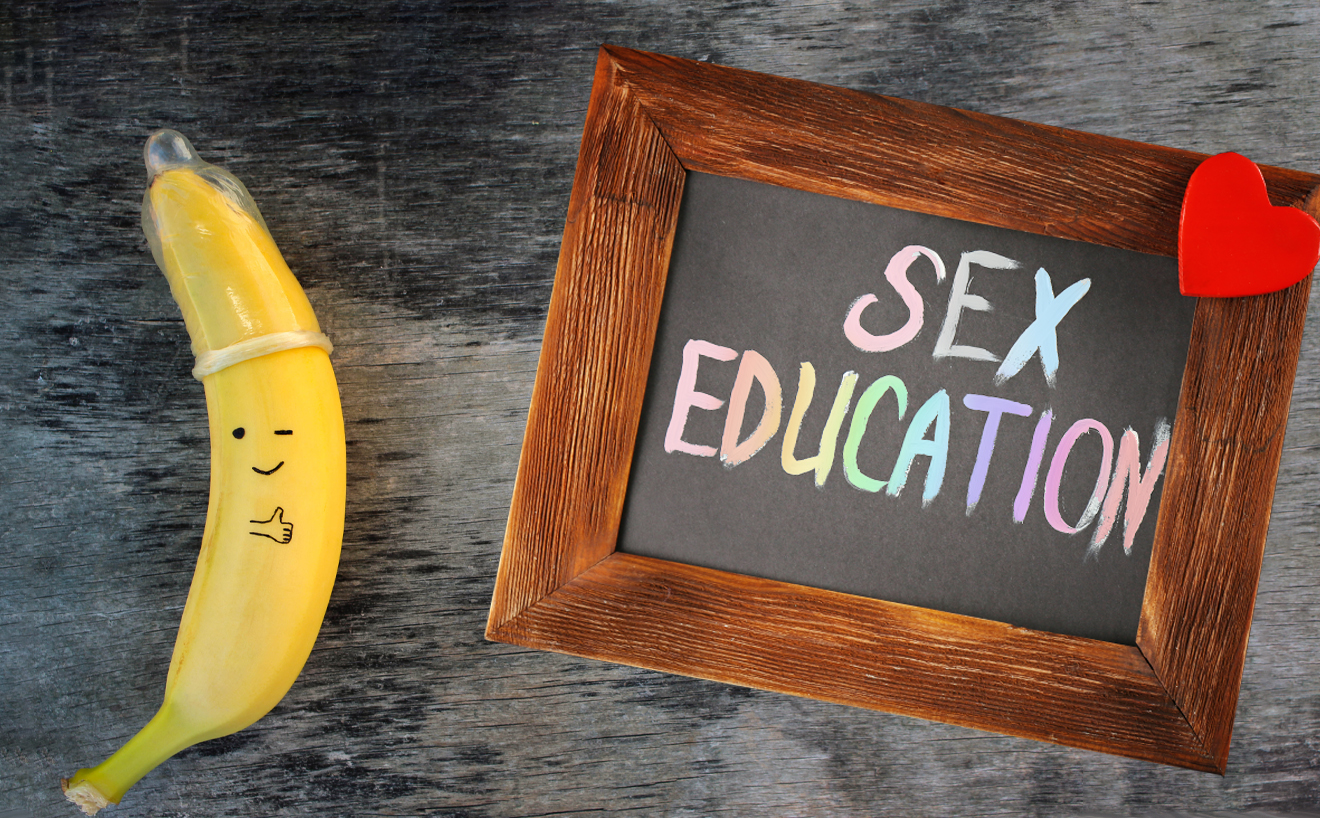 May is “Sex Ed For All” Month: Here’s Why It Matters