Hop To It! Revved Up Rabbits for your Basket 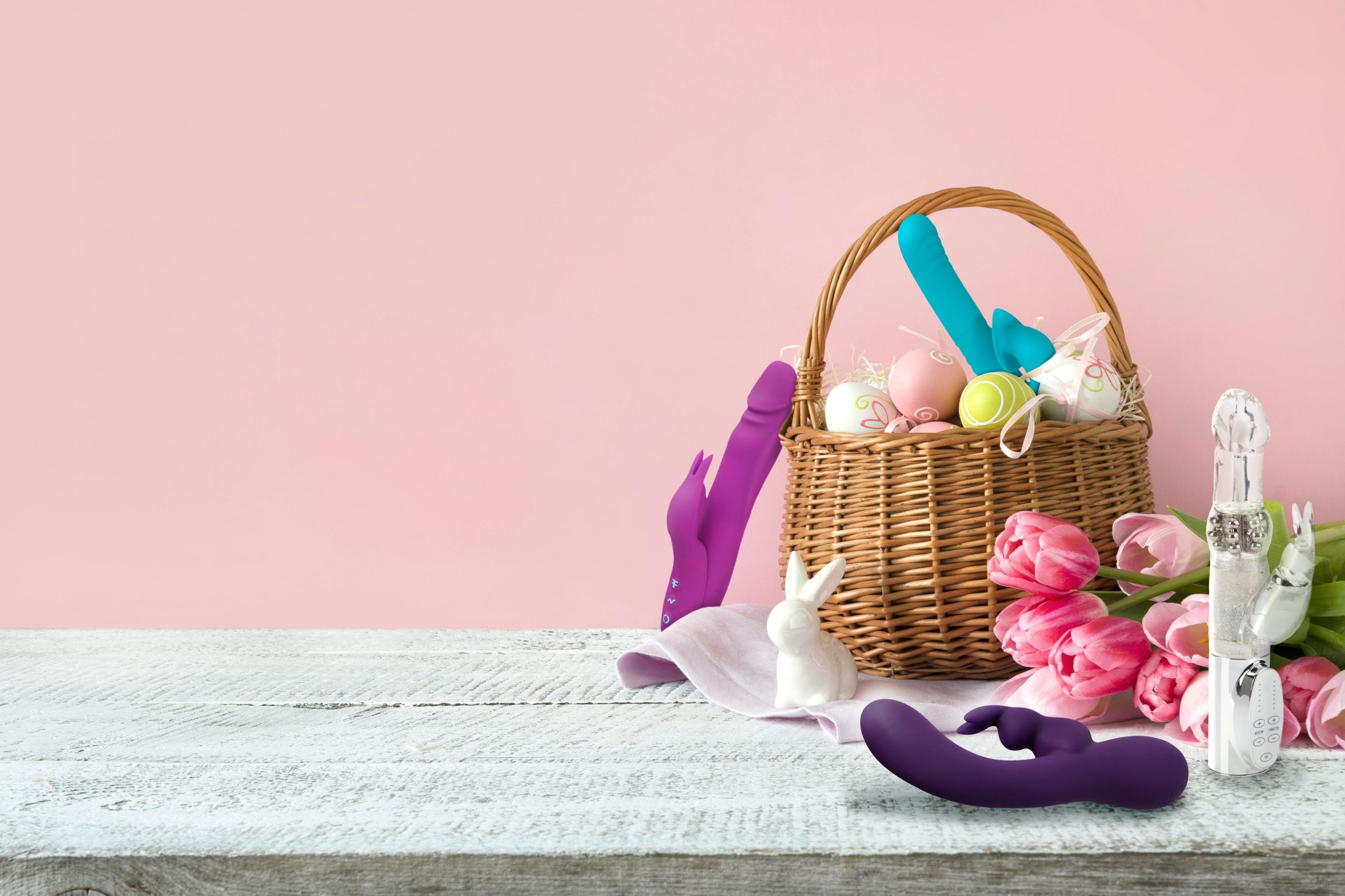 Easter is a fun holiday for the kids, but let’s face it…it gets a little stale for the adults.  One can only tolerate so many Cadbury eggs, jellybeans, and Easter egg hunts, so we’re here to help you fill your basket, grown-up style!  And what’s a better type of toy to discuss on Easter than the iconic “rabbit” vibe?  Read on to learn more about some hopping good treats that will enhance your orgasms instead of your waistline!

A rabbit toy worth its salt should have two separate motors…one for the internal part and one for the external.  It’s even better if those two motors can be controlled independently, because what might feel great sometimes might be too much at other times…it’s nice to be able to turn one off if you’re not feeling it.  With over 14,000 nerve endings in the areas a typical rabbit vibe touches, there’s a lot of sensitivity and pleasure to be had with just a little effort!

Women didn’t always have the vast selection of cute and colorful sex toys like we do now.  Prior to the 80s, your choices were pretty much limited to The Magic Wand, or nasty “hot dog pink” colored dildos that came from China and contained questionable materials.  Everything changed once Japan took their electronics manufacturing prowess to the next logical place.  The mid-80s saw a boom in cute and creative animal-shaped sex toys to circumvent Japan’s obscenity laws (it couldn’t look like a dick, but it could look like a dolphin!), and it was quickly discovered that the double-tipped shape of rabbit ears was perfect for delivering powerful stimulation to both sides of the clit at once.  More and more manufacturers began to copy the bunny-ear style of dual-stim vibe, and the rabbit revolution was born!

Heading into the 90s and 00s, manufacturers got creative with their rabbits and began adding rotating pearls or metal beads, and other bells & whistles still seen in rabbit toys today.  Rabbit toys were given a boon from being featured in everything from Sex & The City to Oprah’s “O” Magazine, and the rest is history.  Dozens of manufacturers are still in the game working to constantly improve the pleasure their rabbits can provide.  Today’s rabbit vibes also feature more powerful motors, more vibration strengths and pattern options, and are usually rechargeable…a blessing to our battery budget!  It’s safe to say the rabbit vibe isn’t going anywhere!

Making the most of your rabbit vibe:

Rabbit-style vibrators are often the first style of sex toy a woman will purchase for herself (or receive as a gift), so if you (or your friend) were nervous or unsure about the specifics, it’s possible not that much thought went into choosing your first vibe.  But now you can have a do-over with your new knowledge, and pick the perfect rabbit toy for YOU!  We want to help you get the most bang for your buck and out of your bunny!

Many people use rabbit toys for in-and-out penetration because most of your vagina’s nerve endings are concentrated right at the opening, so it makes sense to want to slide past that a lot.  While there’s nothing wrong with that, you may be better served by a rocking motion.  Try moving the outside end of the vibrator up towards the front of your body and then back to center.  Take the time to adjust where the clitoral arm or “bunny ears” are making contact, and you’ll find your good vibes in no time!  And as with any toy made for penetration, it’s important to use a water-based lube with your rabbit toy to get the best experience.

It would be weird to have a whole post about rabbit vibes and not feature this classic.  If any company has made the rabbit toy their thing, it’s probably the one named after it!  This toy from The Rabbit Company features two independent motors with six vibrational functions & patterns each, and they can be controlled individually.  It also has rotating beads on the insertable portion which spin to stimulate that oh-so-sensitive outer part of your vagina.  The tip of the internal portion is angled nicely for g-spot stimulation, and the external arm features the traditional bunny shape, complete with ears and clit-tickling whiskers on his face.  This is a good place to start if you’re new to rabbit toys, but it’s also advanced enough to not disappoint experienced toy users…and it even comes in an XL version for those who like their bunnies bigger!  Hop  to it!

This toy looks innocent enough, but it will knock your socks off once you get to know it!  It packs plenty of power in its pretty pink package, and has independently controllable functions for its vibrations, thrusting motion, and flickering external arm.  The clit stimulator looks less like a bunny rabbit and more like a Venus fly trap from an alien planet, but it’s sure to tease and please you in all the right spots.  And since the tip of the toy does the thrusting for you, you can concentrate on that rocking motion and keeping it in exactly the right place with the flickering external arm.  It’s the best of several worlds in one smooth & sensual toy!

Add another layer of luxury to your rabbit toy purchase by choosing one with a heating feature.  This one from Jack Rabbit, another juggernaut in the rabbit toy field, will heat to the perfect temperature in four minutes.  It also introduces the fun element of rotation on its internal arm, performing that perfect “come hither” motion to please your g-spot in a way that just vibrations can’t…it’s got those pretty pleasure ridges, too!  They really do produce an incredible sensation inside!  The curved rabbit ears on the external arm can flicker, pulse, vibrate, and escalate to keep on tickling your clit in exciting new ways, and the security travel lock makes this rabbit good to go!

The understated elegance of this toy may make it hard to see how much FUN it can be.  The generous size may seem somewhat intimidating at first, but it’s intentional and practical.  The girthiest part of the insertable portion rests in the vaginal opening, where it really counts to stimulate all those nerve endings, and its great length can even reach all the way to your a-spot, near your cervix, for a whole new sensation!  It is firm enough to provide the pressure to stimulate, but flexible enough to be comfortable.  The dual motors provide deep rumbling vibrations and seven speeds and seven vibration modes so there’s always a new way to play!  The loop handle and intuitive raised button controls make it easy to maneuver in the heat of the moment, even if your hands are covered in lube.  The simple external arm flexes and rests right against your clit for unbeatable vibrations in addition to what you’re feeling on the inside.  Once you try Bi, you’ll never go back!

These are just a few featured favorite rabbit vibes of the MANY offered in Lover’s Lane stores and on SexDrive.com.  If it’s high time for you to add a rabbit to your pleasure chest, take a look at all your options soon and find the one that’s for you.  Treat yourself to a special Easter rabbit that will bring you pleasure for much longer than your kid’s forgotten chocolate one!  Happy Easter, and happy shopping!

PrevPreviousFantasize Your Way to Spectacular Sex
NextSin in Style: Dark & Kinky Lingerie for a Devilish EveningNext 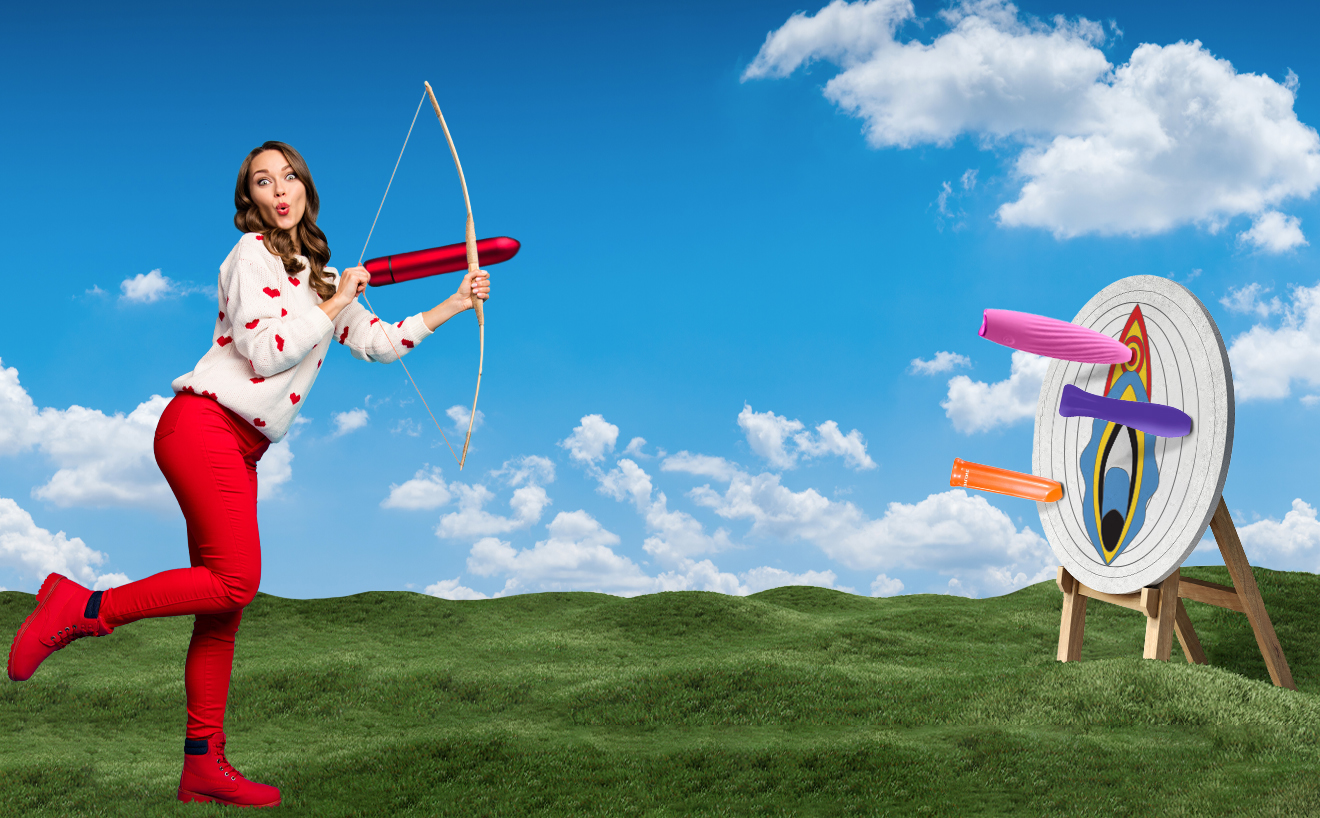 Right On Target! The Best Bullets & Fun Ways to Use Them 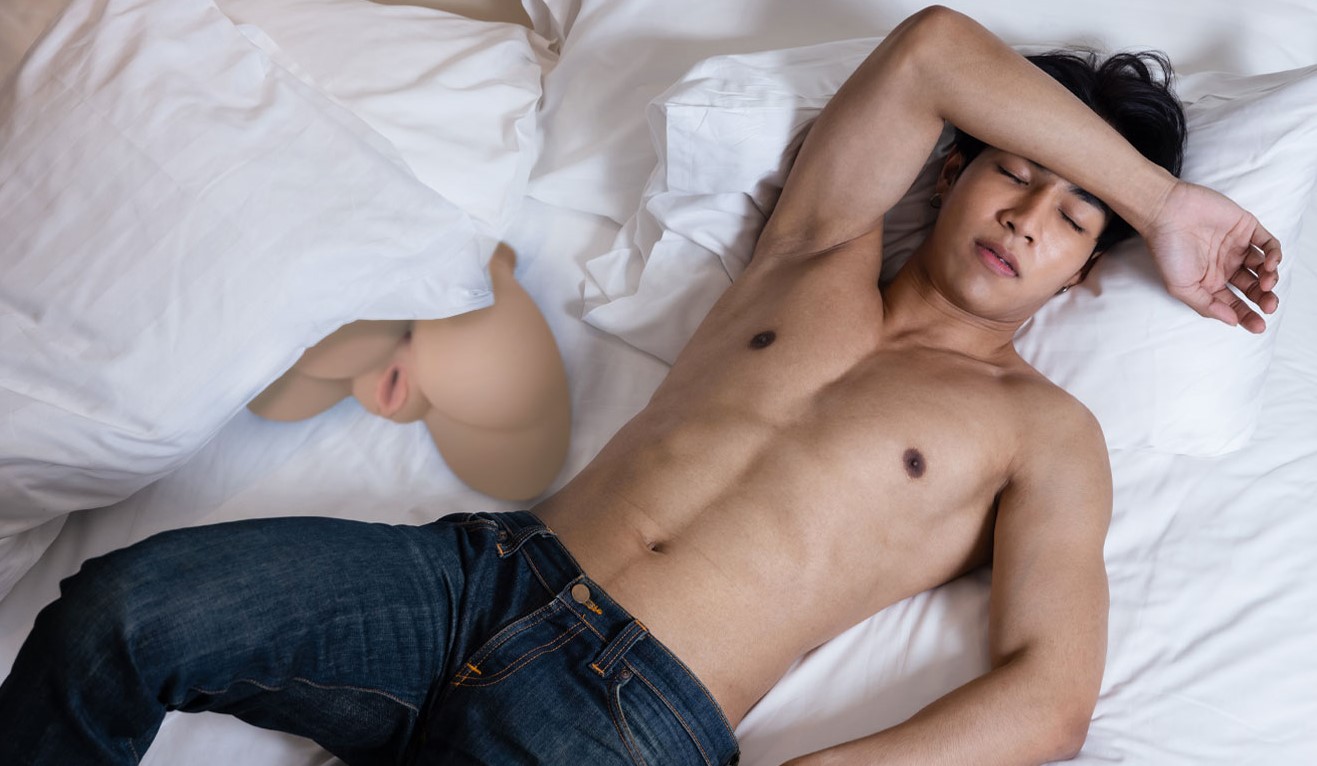 Get Real! Life-size Sex Toys that Deliver the Whole Package 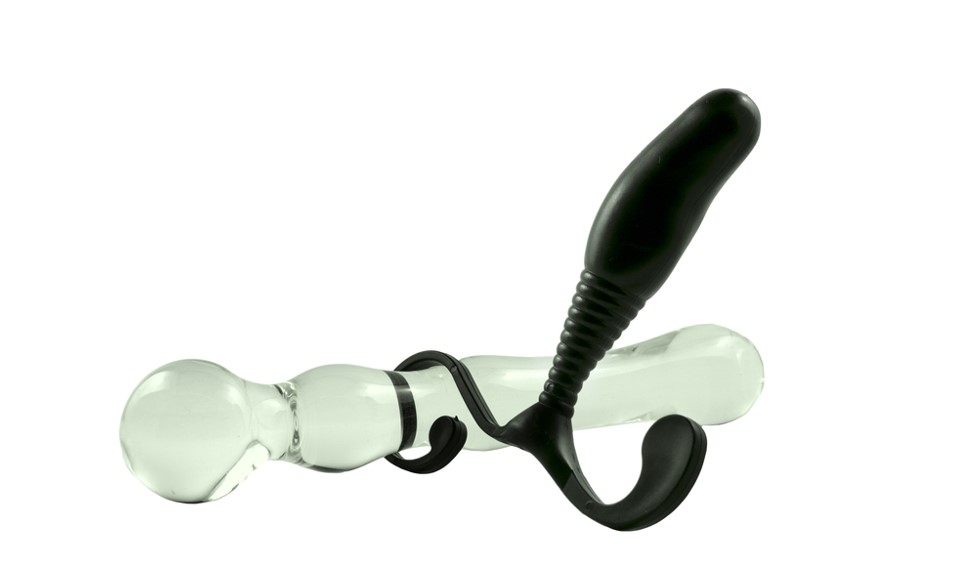 Hit it From the Back: Top Toys for Prostate Pleasure